Why You Need to Check Your Plumbing After An Earthquake

Why You Need to Check Your Plumbing After An Earthquake

Experiencing an earthquake or even a slight tremor is a nerve-racking experience. It can also lead to a lot of damages to your property and your plumbing. The shock waves generated through an earthquake reverberates through compacted soil particle and walls and slam through sewer lines, water pipes and other parts of your plumbing systems causing damage. Except when it is obvious, most people do not know about the damage done to their plumbing lines until the problem becomes severe.

Although newer homes and properties now come with durable PVC pipes that are able to handle the stress of an earthquake better, they can still suffer significant damage regardless of their age or quality depending on the level of intensity of the earthquake. Thus, as part of the routine checks to your property right after an earthquake, you should check your pipes, their joints and connections as well and be sure that no damage has been done to them. Here are some of the reasons why this is necessary.

While some damages like cracks in the walls or floor as a result of earthquakes are visible and almost unmissable, plumbing damages are not that obvious. Most of your plumbing fixtures are not even in places where you can easily see them. A good number of pipes and sewer lines are 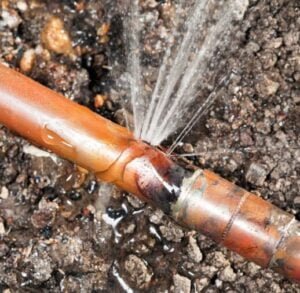 behind walls or buried underground. This means you might have a hard time figuring out what is damaged or not unless you pay close attention and know signs to look out for. Some of these tell-tale signs include:

As mentioned, plumbing lines are typically buried underground and or in walls. Thus, the chances of a broken plumbing fixture as a result of an earthquake is astronomically high. Even when you cannot see them, the mere fact that some walls are cracked or the ground is broken in some places means the plumbing in those places must of have been impacted in one way or the other hence the need to check again when the shaking stops.

You can minimize the level of damage done to your plumbing by doing regular checkups. Failure to check means you will continue using your plumbing as if nothing has happened. A simple crack in the pipe may eventually cause even bigger damage in the long run.

Also, if you leave in an area prone to disturbance, checking your plumbing right after an earthquake and replacing small minor damages will help the entire plumbing line stay intact if another earthquake occurs.

A small leak in your water or gas lines will gradually buildup with time. Hence the need to check them right after an earthquake and fixed broken parts.

An earthquake is a potentially life-threatening hazard. But even when the shaking stops, damaged plumbing can still put you at risk. Earthquakes have been associated with fire hazards in some 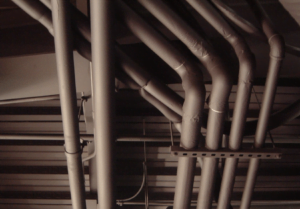 places as a result of broken gas lines due to the tremor. Broken or cracked water lines can also be exposed to contaminants that will cause gradual poisoning if left unchecked. Even when obvious danger isn’t involved, your plumbing might begin to act up suddenly at the worst time possible as a result of damage that occurred months earlier.

The shift in the ground and wall cracks that occur during an earthquake can cause pipes to crack and loosen joints. This might lead to water or sewage seepage through the soil into your home whether inside or outside. Further damage can also occur if your plumbing is not checked on time.

Thus, it is important that you include plumbing to the list of things to check right after an earthquake. You can call in a plumbing expert such as Mr. Speedy -plumbing and rooters to carry out routine checks and maintenance to your plumbing. You should also be on the lookout for signs of damage and call in the experts to have them fixed immediately you notice anything.