A Brief History of the Modern-Day Toilet

“It’s more than a Flush” 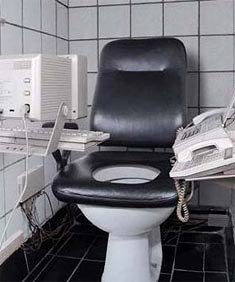 There is one or more in practically every home you enter, whether it’s a towering mansion or a basement apartment. It is a marvelous invention that forever changed the world of sanitation and allowed people to simply flush away their waste without ever leaving the house. It is the modern-day toilet.

Before the invention of the flush-toilet, people used the great outdoors to do their business. In later times the chamber pot was created so that going outside was no longer necessary. While effective, the chamber pot was nothing more than a small canister or container with a cover or lid and served as a collection vessel.

While immensely more convenient, this soon became a nightmare, as the townspeople would then toss the contents of their pots out the front door and even from upper windows onto the streets.

This was probably about the same time the umbrella was invented.

Contrary to popular belief, Thomas Crapper did not invent the flush toilet. The true inventor was actually Sir John Harrington back in 1596. As the Godson of Queen Elizabeth the 1st, Sir John had an early prototype of his “john” installed in the Queen’s Palace, thus creating the first Royal Flush.

So How Does a Flush-Toilet Actually Work? 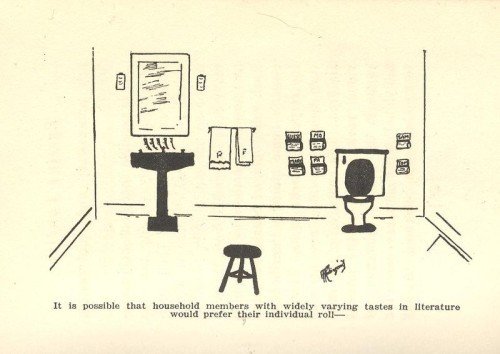 Most modern toilets, while varying in design and style, function essentially in the same manner and are comprised of the same two major components, a reservoir tank and bowl.

Here’s how it all works

The bowl is what you sit upon (atop the lid). Craftily molded into the curve of the toilet bowl is the siphon. When the toilet is flushed, it siphons away the water and waste sending it into the attached sewer pipe below the floor. That rush of air coming into the bowl after a flush, stops the siphoning action.

The tank is located on the back of the toilet and holds the water needed to flush the toilet, usually around 2 gallons. Newer, more efficient models use much less water.

The handle on the tank is connected by a small chain to a handle-arm which is attached to the flapper on the bottom of the tank. By pushing down the handle, the flapper is lifted, thus dumping the water from the tank into the bowl (in about 3 seconds) causing the siphoning effective and flushing the toilet.

As the tank empties, the flapper recovers the drain hole and the tank is refilled and ready to go…so to speak.

You can also flush without using the handle by quickly dumping enough water into the bowl.

Three more components comprise the inner workings of the toilet and they are the fill valve, float ball and the refill & overflow tube with the latter two working in conjunction to help keep the water in the tank.

The fill valve does what the name implies, it allows the water to enter and fill the tank while the overflow tube drains directly into the bowl filling it with water as well.

Last but not least, is the all important float ball. The float ball is connected to the fill valve. When the water in the tank reaches the proper level, the ball floats on the surface and shuts off the flow of water to the tank. After a flush, the ball falls to the bottom of the tank and steadily rises until the optimum water level is reached and your toilet is good to go as they say.

So there you have it, the mystery of the flush toilet revealed. Don’t you feel smarter?

Brought to you by SiteJabber