Depression in America: What You Need to Know

Depression in America: What You Need to Know

About 9% of Americans report they are depressed at least occasionally. And 3.4% suffer from major depression – that’s over 7 million people. (Source – Centers For Disease Control). 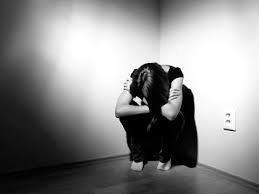 The Symptoms of Depression

Key signs of depression are either depressed mood or loss of interest in activities you once enjoyed. In order for you to be diagnosed as “depressed”, these signs should be present most of the day either daily or almost daily for a minimum of two weeks. Also, the depressive symptoms need to cause you to experience “clinically significant distress or impairment”. These symptoms must not be due to the direct effects of a substance, for example, a drug or medication. Nor can they be the result of a medical condition such as hypothyroidism.

According to the National Institute of Mental Health, people with depressive illnesses don’t all experience the same symptoms. How severe the symptoms are, how frequently they occur, and how long they last varies from individual to individual and his or her particular illness.

The Principal Causes of Depression.

Certain major events in your life can trigger depressive symptoms or even major clinical depression.

You May be Causing Your Own Depression.

Aside from the above-mentioned causes of major depression, you may be interested to know that you can also cause your own depression. And if you’re causing it yourself, you may be able to cure it yourself.

Negative thinking inevitably leads to feelings of hopelessness and gloom. And most people are not even aware that they are doing it to themselves. We are always free to make our choices – no-one can make you feel anything but you. We can control what happens to us: but we certainly can control how we react to what happens to us. So the first step in avoiding depression is to control your thoughts. A wise man once said, “You are wherever your thoughts are, so make sure your thoughts are where you want to be”.

The first step in controlling or avoiding depression is to know that you are causing it yourself. Once you know this, you can start making a conscious effort to change your thinking and stop those negative thoughts. Psychological counseling always begins with teaching you the steps to correct your thought processes so you can stop causing your own depression by stopping your negative, distorted thinking.

This type of thinking is “black-and-white thinking”. If things aren’t totally perfect, you think you are a failure. You may think that if someone does not have a successful career, they are a loser and not worth being your friend. Even worse, you may think that if you are not a total success in your career, you yourself are a failure and no-one will want to be friends with you. This type of negative thinking leads straight to depression.

Since there are many causes of depression, there are also several things you can do to cure chronic depression.

A wise man once said, “If you broke it, only you can fix it”. We all need to take more personal responsibility for what happens to us, and know that we have the power to change ourselves if we try hard enough.