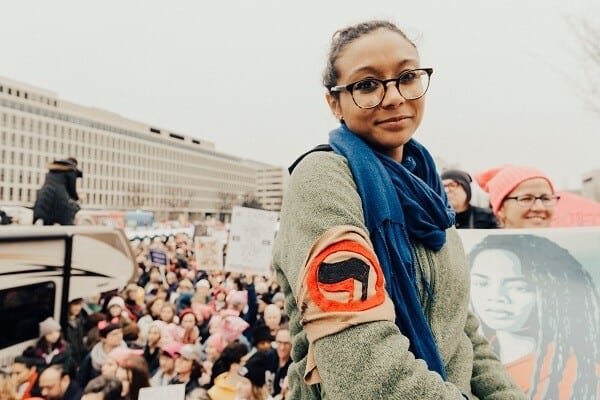 Wednesday, March 8th, 2017 was  International Women’s Day. The event has been celebrated for more than a century, but mostly with limited success. In 2017, however, empowered with the power women saw during the nationwide marches on January 21, 2017, the day was marked with “A Day Without A Woman”: women around the world held a day of protest at the way women worldwide are treated at home and in the workplace. On March 8, 2017, , women were asked to take off from all work, whether paid or unpaid, to wear red all day, and to refrain from shopping on that day – unless you shopped at small businesses owned by women. The idea was to show the world what things would be like without women – and their labor.

To honor the event and the day, we thought it would be of interest to look at the lives of three women – one from the 19th century, one from the 20th century, and one from contemporary times – who devoted their lives to improving the condition of women in their society. 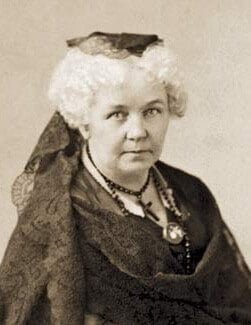 “The male element is a destructive force, stern, selfish, aggrandizing, loving war, violence, conquest, acquisition, breeding in the material and moral world alike discord, disorder, disease, and death. See what a record of blood and cruelty the pages of history reveal! Through what slavery, slaughter, and sacrifice, through what inquisitions and imprisonments, pains and persecutions, black codes and gloomy creeds, the soul of humanity has struggled for the centuries, while mercy has veiled her face and all hearts have been dead alike to love and hope!” – Elizabeth Cady Stanton

In the nineteenth century, American women did not have the vote. And until the end of the Civil War, slavery was still legal in the US. Elizabeth Cady Stanton was born into this milieu and decided to do something about the injustices and inequalities that she saw in her society. As an abolitionist, she traveled to London in 1840 to attend the World Anti-Slavery Convention with her new husband, abolitionist Henry Stanton. However, the female attendees were appalled to learn that they would not have any vote at this convention, and they would be forced to sit in a separate, roped-off area. This immediately made Elizabeth Stanton aware that the plight of women was just as grave as the plight of slaves, and she moved her attention towards women’s rights. 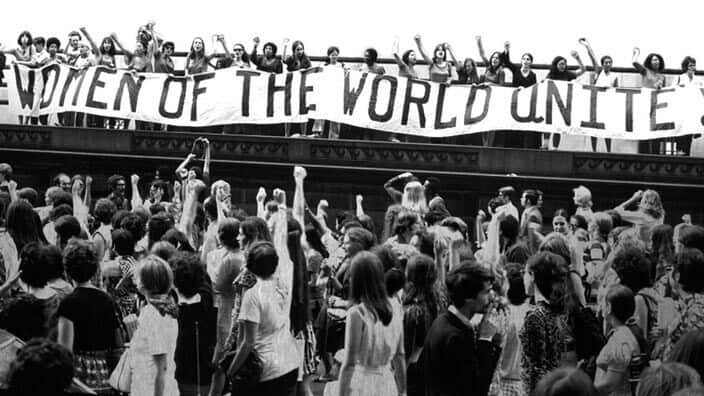 But Stanton was involved with much more than just the right of women to vote: she dedicated herself to women’s parental and custody rights, property rights, employment and income rights, divorce, the economic health of the family, and birth control. None of these issues was receiving any significant attention or support at the time: Elizabeth Cady Stanton spoke up for those that couldn’t or wouldn’t speak out for themselves.

Elizabeth Cady Stanton decided that women’s suffrage was just as important as the abolition of slavery. She opposed giving added any additional legal protection and voting rights to African American men while American women – black and white – were denied those same rights. Her position on this issue, together with her thoughts on organized Christianity and women’s issues beyond voting rights, led to the formation of two separate women’s rights organizations that were finally rejoined, with Stanton as president of the joint organization.

Elizabeth Cady Stanton lived to see the abolition of slavery in the US, but she did not live to see American women receive the right to vote, which only happened in 1919, when the nineteenth amendment to the US Constitution was passed. 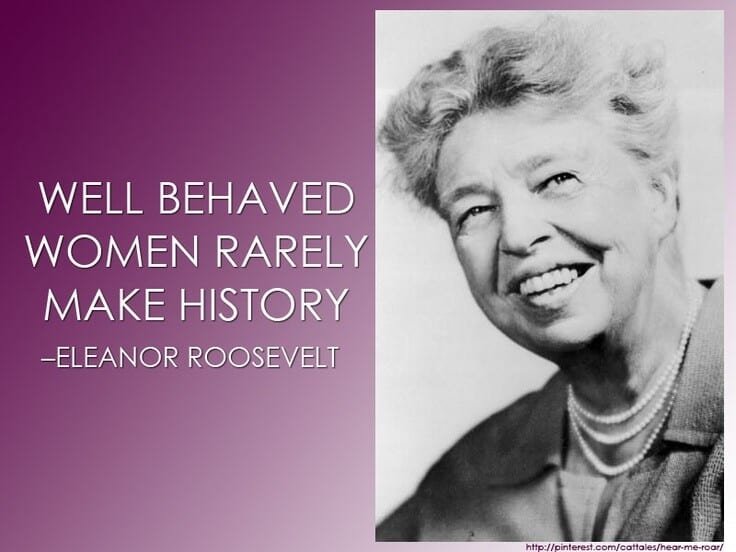 Mrs. Eleanor Roosevelt changed the way the people of the United States look at the First Lady. Prior to this, the US First Lady played a very quiet, behind-the-scenes role in support of her husband. But Eleanor Roosevelt changed this, going on the road in tireless support of her husband and his New Deal for every American. During FDR’s presidency, Mrs. Roosevelt was every bit as visible as her president husband.

After her husband died, Eleanor Roosevelt continued her work in politics, working to advance the plight of women in our society. In December 1961, when President John F Kennedy signed an executive order to establish the Presidential Commission on the Status of Women (PCSW) to advise the President of the United States on issues concerning the status of women, Mrs. Roosevelt was asked to serve as Chairperson of the commission and she agreed.
One of the leading issues the commission investigated was the issue of protective legislation regarding women in the workplace. Protective legislation called for gender-based workplace restrictions specifically for women, based on the contention that biological differences should be accommodated in the workplace. Supported by many 19th and early 20th century progressives including some we would now call feminists, the idea behind the protective legislation was to help working women avoid workplace injury and exploitation. However, the reverse often happened: protective legislation was used as a justification by employers to avoid hiring women altogether or to not pay them the same wages as men received.

If women needed so many accommodations in the workplace, it would be easier and cheaper for employers to only hire men.
Until the 1970s, trade unions and organized labor opposed the Equal Rights Amendment, which would have prevented laws holding different standards for men and women. To this day, despite the tireless work of activists like Eleanor Roosevelt and many others, the Equal Rights Amendment has never been ratified in the United States.
The PCSW was Eleanor Roosevelt’s last public office. She died just before the findings of the commission were published. The National Organization for Women (NOW) was founded in October 1966 as a direct response to the PCSW. This organization continues the fight where Eleanor Roosevelt and the other women’s rights activists left off, and they continue their work to the present time. And there is still much work to do regarding the equality of women. Even though there is a woman on the Supreme Court of the United States, women are CEOs of Fortune 500 companies, and a woman ran for US president in the last election, there is still that “glass ceiling” which prevents women from earning more than 70 per cent of what men earn, and other issues like maternity leave and childcare for working parents still need to be resolved. 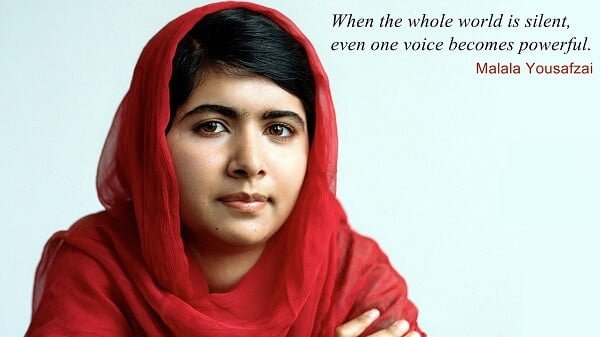 Malala Yousafzai is the world’s youngest recipient of the Nobel Peace Prize. She was just seventeen when she received the prestigious award. How does a seventeen-year-old girl, raised in a country where women have minimal to zero civil rights, get to receive a Nobel Peace Prize – and at such a young age?
This is Malala’s story.

While still a pre-teen, Malala Yousafzai was an advocate for the education of girls in her home country of Pakistan. She advocated for girls’ schooling and began writing for the BBC describing the situation in her home country. In 2009, the Pakistani army launched a military initiative to drive out the Muslim extremist group the Taliban, who had enforced Sharia law wherever they took control. Malala drew attention to life in her hometown under the rule of conservative militants in the Taliban. A documentary film about the situation was produced, and Malala became famous around the world. In 2011 she was nominated for the International Children’s Peace Prize, and that same year won Pakistan’s first National Youth Peace Prize. That prize has since been named the National Malala Peace Prize in her honor.

But the Taliban were now after Malala. While riding home from classes on a school bus on October 9, 2012, Yousafzai and three other girls were wounded by two gunmen. The Taliban claimed credit for the shooting and publicly promised to kill Yousafzai for encouraging western ideas, specifically the education of women. Malala Yousafzai was seriously wounded in the head and neck and airlifted to a British hospital for safety reasons and for specialized treatment. She recovered and became an advocate for education for girls. In 2013, Time magazine put her on its list of the world’s most influential people. The next year she shared the 2014 Nobel Peace Prize with Kailash Satyarthi, an Indian activist and founder of the Global March Against Child Labor.

Malala has addressed the United Nations on the plight of women in Muslim countries and works tirelessly to improve the condition of girls and women in her home country and wherever they are mistreated and exploited. She has become an international celebrity. You must be pretty brave to take on the Taliban and to continue on with your activism even after you’ve been shot and threatened with death – especially if you are still a teenager.

Happy International Women’s Day. Call your mother, tell her you love her. 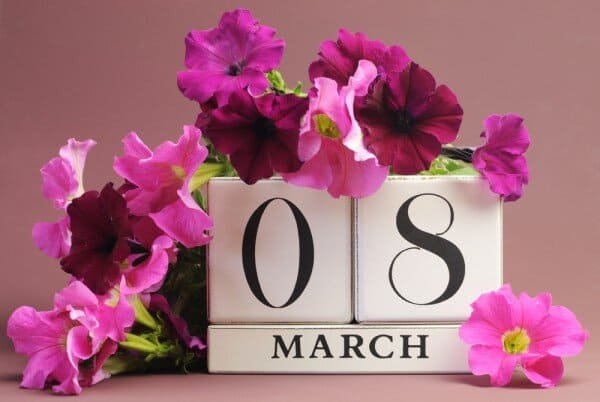