California Tap Water – What You Need To Know

Anywhere city you visit in the world, there are many unwritten rules that residents seem to follow to the latter. Whether or not these rules are valid or not, they’ve become some sort of Holy Grail that residents and visitors don’t deviate from. If you live in or have lived in California in the past, you have probably been issued a stern warning by concerned friends or neighbor not to drink California tap water.

This rule seems to be etched boldly in the mind of any typical Californian resident and must be strictly obeyed. In fact, people have come to accept this unspoken rule so much that on any given day you are likely to find men and women holding their own bottles or water as an alternative to the ill-reputed tap water. But is California’s tap water really as bad as believed? What exactly is going on and why do people have such a bad impression about it.

What is The Source of California’s Tap Water?

California has an elaborate interconnected water system serving more than 30 million people. In fact, it is such an extensive system that it is considered the largest water supply system in the world consisting of an impressive network of pipelines and canals leading up from the San Joaquin-Sacramento River Delta and the Colorado River among other notable surface water sources.

Groundwater is also an integral part of the extensive network accounting for 30% of the entire supply of tap water in the state. But because of limited rain and cost of pumping, groundwater is not a very reliable source.  De-salinated sea water also contributes to a small percentage of the water supply.

By all standards, California’s water system is considered one of the productive systems in the world. However, it is also one of the most controversial. There is a general perception that it is unhealthy and unsafe to drink. Many residents believe that bottled water as a healthier alternative to tap water. This assertion is highly debatable.

Who Regulates tap water in California?

The Environmental Protection Agency (EPA) is the official body in charge of regulating the quality of tap water that is supplied to homes. EPA conducts regular tests on tap water in California and the results are published and made available to the public. EPA has strict guidelines as far as tap water quality is concerned. Additionally, a non-profit known as the Environmental Working group also monitor the quality of water. In fact, it is believed that EWG’s guidelines and standards are a bit tougher than that of EPA.

Despite the fact that California tap water is regulated by these bodies why so much fuss about its quality? Most people believe that tap water in California contains contaminants. This is why people are warned against drinking it. Those with this belief aren’t entirely wrong. In fact, according to a recent EWG report, tap water in 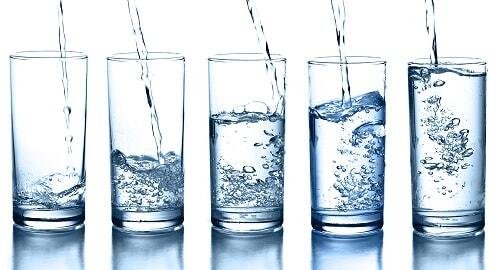 California contains up to 5 Carcinogenic contaminants namely Arsenic, Chromium, Bromate, Radiological contaminants, and TTHMs. However, many of these contaminants are considered to be below EPA guidelines.

Also, a recent EWG Study linked about 15,000 cases to chemical contaminants in California tap water as a result of regulated and unregulated contaminants. However, this isn’t a conclusive proof that California’s tap water is unsafe to drink. According to the American Cancer Society close to 40% of the American population will be diagnosed with cancer during their lifetime regardless of whether they drink tap water or not. Thus a reduction in the detected contaminant level is a good thing. But tap water it is not absolutely a necessary cause of cancer in consumers.

Also, the issue of contaminants occurring in tap water isn’t exclusive to California. According to a study carried out by OrbMedia, up to 93% of all tap water in the United States contains microplastics. Also, a 2015 report by EPA revealed that the traces of aluminum detected in California’s water are a bit higher than the rest of the United States. California ranks less as far as other contaminants were concerned.

A 2015 report by the department of water and power in Los Angeles also shows that the tap water supply in the city surpasses the drinking water standards set by the state and federal authorities.

So is the tap water safe for drinking?

Despite the notorious reputation, it is interesting to note that tap water in California is just as safe as tap water in any other part of America. In fact, while most people believe that bottled water is a safer alternative to regular tap water, this might not always be the case. The FDA is the body that regulates the quality of bottled water. Although the standard used is quite similar to that of EPA, the FDA’s rules as regards how often bottled water should be tested is less stringent. Also, the FDA does not require bottled water companies to share the results of their tests with consumers. What this means is that when you drink bottled water you don’t really know what exactly you are drinking. This is different for tap water since both EPA and EWG carry out regular tests and they publish details of their results.

Based on available data, even though tap water in California contains some contaminants, it is still quite safe to drink. However, consumers should take additional precautions to ensure optimum safety by installing a water filter system in their home. These filters can be targeted at contaminants and can either be applied as a whole-home system to treat water as it enters into the house or installed right at the faucet or water pitcher where consumer use the water. Consumers can also install point-of-use filter devices directly into their home plumbing to filter out carcinogenic contaminants and other pathogens that might be in the water.